The history of abortion is as old as pregnancy and the begining of herbalism with the earliest known description of abortion comes from the Ebers Papyrus (ca. 1550 BCE), an ancient Egyptian medical text. In Assyrian Law, in the Code of Assura, c. 1075 BCE the death penalty was imposed on woman who performed abortions against their husband's wishes.

Many of the abortion methods employed in early cultures were non-surgical including strenuous labor, climbing, paddling, weightlifting, or diving. Others included the use of irritant leaves, fasting, bloodletting, pouring hot water onto the abdomen, and lying on a heated coconut shell.

An 8th-century Sanskrit text instructs women wishing to induce an abortion to sit over a pot of steam or stewed onions. Massage abortion (applying pressure to the pregnant abdomen) has been practiced in Southeast Asia for centuries. A painting in the temple of Angkor Wat in Cambodia, dated c. 1150, shows a demon performing a massage abortion

Japanese documents show records of induced abortion from as early as the 12th century. Statues of the Boddhisattva Jizo, erected in memory of an abortion, miscarriage, stillbirth, or young childhood death, began appearing at least as early as 1710 at a temple in Yokohama

History of abortion in the Greco-Roman world 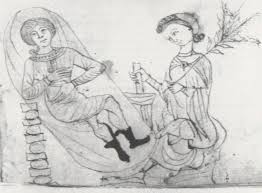 In his Theaetetus, Plato mentions a midwife's ability to induce abortion in the early stages of pregnancy

The ancient Greeks relied upon the herb silphium as an abortifacient and contraceptive. Pliny the Elder (23–79 CE) cited the refined oil of common rue as a potent abortifacient.

Tertullian, a 2nd- and 3rd-century Christian theologian, described surgical implements which were used in a procedure similar to the modern dilation and evacuation

Aulus Cornelius Celsus, a 1st-century Roman encyclopedist, offered an extremely detailed account of a procedure to extract an already-dead fetus in his only surviving work, De Medicina.

The History of Christianity theology and Abortion 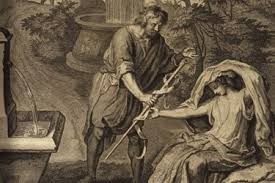 The accident is described as not resulting in further injury as a non-capital offense and a "non-serious injury", unless it results in the crime of murder

Numbers 5:11-31 describes the test of the unfaithful wife were a woman has to drink a special water which will cause her to miscarry if she is unfaithful

The history of Judaism theology and abortion 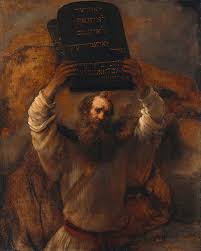 In Judaism, views on abortion draw primarily upon the legal and ethical teachings of the Hebrew Bible, the Talmud

The chief biblical source referring to abortion is Exodus 21:22–25 concerning the man who inadvertently strikes a pregnant woman, causing her to either give birth prematurely or to miscarry.

The Mishnah reference in Oholot 7, 6 says a fetus can be killed to save the life of the woman if it is life-threatening

In Talmudic law, an embryo is not deemed a fully viable person (bar kayyama), but rather a being of "doubtful viability" (Niddah 44b) hence no mourning rites an unborn child

In the Talmud: in Yevamot 69, 2 the fetus in the first forty days of pregnancy is likened to water, in Nida 8, 2 the fetus is recognized from the second trimester